Clare Francis's first novel; Night Sky was published in 1983 to international success. It went to number one in the Sunday Times bestseller list, and spent six weeks in the New York Times top 10. 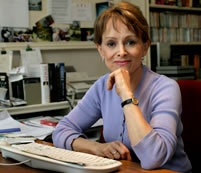 Three more thrillers followed,Red Crystal (1985), Wolf Winter(1987) and Requiem(1991) (published in the U.S. as The Killing Winds). Her first crime novel, Deceit was published in 1993, and dramatised for television in 2000. Four other crime novels have followed, and a highly acclaimed literary novel, Homeland. Her last crime novel Unforgotten was published in 2008. Her books have been translated into 20 languages and published in over 30 countries.

Clare was born in Thames Ditton, Surrey. Christmas holidays were spent with her grandparents in a remote corner of the Yorkshire Dales where she developed the love of landscape that is a feature of so much of her fiction. Summer holidays were spent on the Isle of Wight, where she learnt to sail at the age of nine. 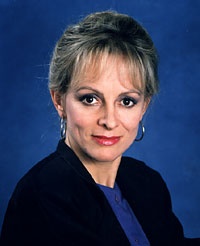 After five years at the Royal Ballet School she went to an A-level crammer in Oxford (where she appeared in the university revue Keep This to Yourself), then to University College London, where she obtained a degree in Economics. She worked in marketing for three years before taking a year out to travel and discover what she really wanted to do.

What began as a personal odyssey turned into what she terms her 'unplanned' five-year career in sailing. The odyssey was an unsponsored and unsung solo voyage across the Atlantic, during which she read, listened to music and tried her hand at writing. Soon after, Clare was offered sponsorship to take part in the Round Britain Race with Eve Bonham. This was followed by the Azores and Back Singlehanded Race, the Observer Singlehanded Transatlantic Race, and, with a crew of eleven, the Whitbread Round the World Race. It was after writing three works of non-fiction about her adventures, Come Hell or High Water (1977),  Come Wind or Weather (1978), and The Commanding Sea (1981) that Clare took the leap into fiction. 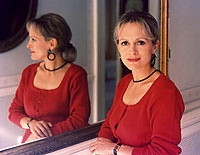 For the past thirty years she has been commited to the charity Action for ME, of which she is President. She herself has had ME (also known as Post Viral Fatigue Syndrome or Chronic Fatigue Syndrome) for many years.

Clare Francis lives in London and the Isle of Wight, and loves opera and walking.